Effects of N-acetylcysteine on marijuana dependence 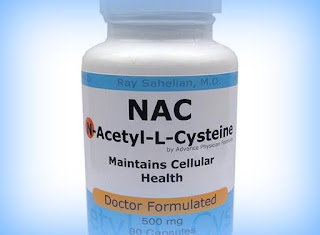 A recent study by Gray and colleagues investigated the use of N-acetylcysteine - NAC (2400 mg/d) in an open-label study of 24 dependent marijuana users who reported an interest in reducing their use.

Following treatment, users reported reductions in days/week of use and “number of hits.” Conversely, urine cannabinoid measures did not significantly change over the treatment period, although the authors state that urine cannabinoid levels in 13 users remained higher than the detection range of the test, thus providing ambiguous results regarding decreases in use.


In addition to overall use, reductions in reported compulsivity, emotionality and purposefulness regarding marijuana use (measured with the Marijuana Craving Questionnaire) were reported, reflecting an improvement in 3 of the 4 domains of the scale.