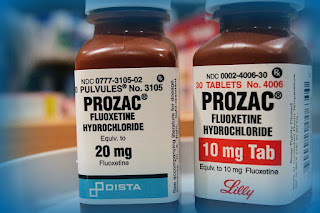 A recent Cochrane group overview on the use of antidepressants in the treatment of bulimia nervosa, including randomized placebo-controlled studies published until 2000, found that the use of drugs decreased the relative risk of binge episodes. The only SSRI included in the analysis was fluoxetine (60 mg/die).

No statistically significant differential effect could be demonstrated regarding efficacy among TCAs, SSRIs, MAOIs and other classes of antidepressants.


The authors conclude, "fluoxetine is the most systematically studied antidepressant agent. Even if it is not superior to other drugs in terms of efficacy, its better tolerability may justify its use as a first line antidepressant in bulimia nervosa. A daily dose of 60 mg is more effective that the antidepressant doses of 20 mg.

Eight weeks seems to be an appropriate period to obtain a relevant clinical improvement. If only a partial response is noted, an alternative therapeutic approach is indicated".