Is it safe to take ranitidine for pregnancy heartburn? 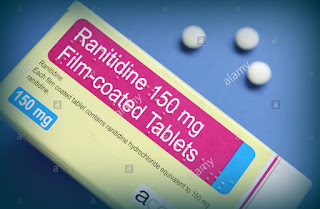 A new study from the University of Edinburgh, cited in many national newspapers, suggests there may be a possible link between prescription heartburn medicines, like ranitidine, which have histamin-2 receptor antagonist, and asthma in babies.

However more research needs to be done and women are advised to seek advice from their doctors in the first instance. (The study didn't look at over-the-counter medication which, the experts admit, would be more challenging to research.)

Ranitidine is often used to treat ulcers of the stomach and intestines, but can be taken for heartburn and indigestion during pregnancy.

The good news is that there has been lots of research into the safety of ranitidine during pregnancy with no increased risk of any harm to the baby.


And studies show that ranitidine does actually work – it is one of a series of drugs called histamine 2-receptor antagonists which are approved for use in pregnancy by the US Food and Drug Administration (FDA), as well as the UK’s Medicines and Healthcare products Regulatory Agency (MHRA).

Although the MHRA points out that ranitidine does cross the placenta, it says that "therapeutic doses have been without any adverse effect on labour, delivery, or subsequent neonatal progress". But it can be worth trying a few simple tricks to see if they help the indigestion before reaching for the drugs.