Resurgence of ampicillin in management of enteric fever 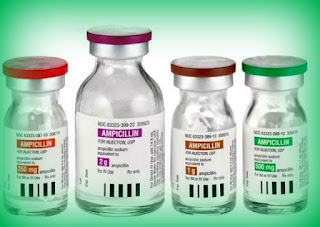 Reduction in minimum inhibitory concentration (MIC) could be an initial indicator of antimicrobial sensitivity. There are several studies, reporting reduction in MIC values of ampicillin from various parts of India indicating re-emergence of S. Typhi sensitivity to ampicillin.

Initial reports of increasing susceptibility of S. Typhi to ampicillin were published in late 1990s. In a study conducted at Bangalore, Karnataka; sensitivity of S. Typhi was found significantly higher in 1996 when compared to 1991 (63% and 80% respectively).


A study conducted as a part of prospective surveillance of typhoid fever at Pondicherry, India, reported fall in ampicillin resistant Salmonella isolates to 24% from 53% in a period from 2002 to 2009.

In the study conducted on isolates of S. Typhi, from 14 hospitals of Central-West India during year 2008-09, 94.5% isolates were found sensitive to ampicillin. Studies from other parts of India have reported similar findings of increasing S. Typhi sensitivity to ampicillin. Reported evidence suggests that ≥90% Salmonella typhi have regained susceptibility to ampicillin.