Tolerability of Levodropropizine and Dropropizine in Children with Non-productive Cough 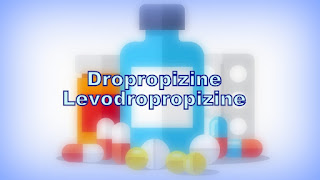 The study was performed in 25 Italian paediatric departments. The patients included were aged between 2 and 14 years, had non-productive coughs for which antitussive treatment was clinically indicated, irrespective of the underlying aetiology.

Of the 286 patients who were initially recruited, 19 were excluded before initiation of treatment because they did not meet the minimum requirement of cough frequency during the baseline assessment. Of the remaining 267 patients, 134 were randomly allocated to levodropropizine and 133 to dropropizine.

Daytime somnolence was twice as frequent among patients receiving dropropizine as among those receiving the S(-)enantiomer, but the difference between the two groups was not statistically significant. None of the patients reporting somnolence was taking any drug known to possess sedative effects.

Somnolence was generally mild, except in three dropropizine-treated patients in whom the adverse event was rated as severe, in one case leading to treatment interruption.


Seven patients (four in the levodropropizine group and three in the dropropizine group) complained of vomiting and/or abdominal pain and diarrhea during the study. Although a causal relationship with drug intake could not be ascertained, these events led to premature discontinuation of treatment in two patients in each of the two groups.

Heart rate and blood-pressure showed no clinically significant changes during the study. Mean values of haematology and blood chemistry tests did not evidence any significant change, except for those which could be ascribed to improvement of the underlying pathology.


No opioid-like adverse events were reported and the drop-outs due to diarrhea and vomiting are of doubtful relationship to the study drugs because of concomitant treatments. Levodropropizine can be considered a valid safer alternative to opioid and centrally acting non-opioid antitussives, as well as to dropropizine, in children.